The prime minister, hosted a meeting at 10 Downing Street, with some key stakeholders in the insurance industry yesterday (Feb 14th). Included were representatives from insurers, consumer groups and business groups. The meeting ended with Mr Cameron promising to take action to tackle the UK’s compensation culture.

Some of the agreements that came out of the meeting include:

“Government has got to help sort out the legal issues, some steps have been taken by insurance companies already in terms of referral fees, [and] there’s quite a lot of space for individual action – personal responsibility, not making false claims – so I think there’s a whole set of issues and if we work together we can actually deliver,” said Mr Cameron after the meeting. 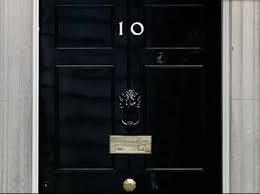 Measures agreed by the group include insurers committing to passing on savings to customers through premium reductions, reflecting the government’s commitment to reducing the current £1200 legal fee from small personal injury claims.

Britain has more whiplash claims than any most countries in Europe, with more than 1,500 claims a day, with people claiming for whiplash injuries sustained in the most minor of incidents. Some experts, including former Home Secretary, Jack Straw, are calling for a similar system to Germany, where whiplash claims are not allowed for low velocity impacts. This is a subject that we will return to…

According to the Association of British Insurers the cost to the industry from whiplash claims is £2bn, adding £90 to the average motor insurance premium.

Speak to us direct